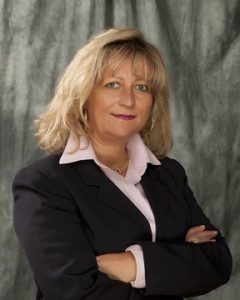 Quest’s CEO, Baroness Juliane von Schmeling, was born in Frankfurt, Germany and graduated high school with Abitur from the Wolfgang-Ernst Gymnasium in Büdingen. She completed an intense two-year apprenticeship at Metallgesellschaft in Frankfurt, at the time one of Germany’s largest industrial conglomerates and completed business school in conjunction. She also became a certified translator for German and English during that time. After graduating and working at Metallgesellschaft for several months in their metal trading department, she moved to the U.S. as a foreign student, studying international business, finance and marketing. Since, she worked in several companies in Germany and the U.S., primarily in marketing and sales. She also graduated from King’s College in PA with a BS in marketing, international business and psychology, an MBA from Wilkes University with concentration in marketing and finance, and almost a decade ago graduated from Concord University Law School in Los Angeles, CA, with an EJD – Executive Juris Doctor, followed by a mediator course and certificate from IMA in Arizona.

Over the years, Juliane worked at several companies in Germany and Dynamit Nobel in Mountaintop, PA and Schott Glass Technologies in Duryea, PA, primarily in management, marketing and advertising. During her tenure, she was listed in Who is Who of Corporate Executives. In 1990, she formed Quest Consulting Group Inc. as business consulting and full-service ad agency, market research and PR firm. In 2009, she assembled a consortium of highly skilled, experienced, dedicated freelance professionals under the name Quest Worldwide to address the ever-growing need for global marketing and business consulting, which is technology driven, engaging and eco-friendly. Her mottos are “Reaching Audiences locally AND globally” and “Creating INTELLIGENT Win-Win Solutions.”

Juliane is an avid traveler, loves to snowboard, wakeboard, surf and ride her motorcycle and garden organically. She has volunteered in several benefit organizations, including on the Executive Board at WVMC, The Junior League and at CCK-A Foundation helping underprivileged children worldwide with live-changing reconstructive plastic surgery. She is also a Court Appointed Special Advocate (CASA) in Luzerne County and is a member of several professional organizations, including GACC, SHRM, POWER and PCM. She has taught at several colleges and universities in northeast Pennsylvania and is a frequent guest speaker at civic organizations.